Global warming,the Amazon and us.....

Increasing carbon dioxide levels caused by emissions from fossil fuels and deforestation are obviously a cause for serious concern in today’s ever changing climate environment...
On top of this are the additional emissions that could be unleashed by natural systems as the world warms up. In this and other aspects we should not expect the accumulation of greenhouse gases to lead to a smooth and predictable increase in temperatures.
The potential for more releases of greenhouse gases as a result of the warming put in train by human activities is called “positive ‘ or ‘emissions’ feedback. The warmer it gets, the less control we will probably have over the final total level of warming,
There are several potential feedback effects, and some of them are absolutely vast.
One is the potential die back of the Amazon rain-forests  As if the depredations of loggers, ranchers, soya farming and mining weren't serious enough in causing the degradation, fragmentation and progressive clearance of  this incredible planetary asset. It now seems that there is far lager threat to the earth‘s largest rain-forest  a lack of rain.
Modelling studies carried out by climatologists show that there is risk of reduced rainfall over the Amazon basin caused by an increase in sea surface temperatures in the topical Atlantic Ocean. 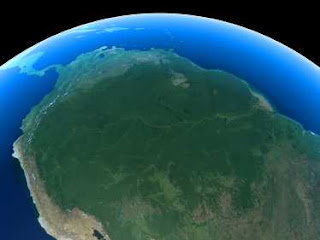 The prolonged drought that affected much of rain-forest during 2005 was perhaps a portent of a possible future.
Drought that transforms serious one-off events into more frequent dry periods and moves towards such conditions being normal would have very profound effects. Not only would such a shift directly affect the composition of the forest and change the animal life within it, it would also seriously increase the risk of fire and the potential for the forest to rapidly transform from dense moist jungle into Savannah and even grassland. Te fact there used to be lush moist forest growing across large swathes of what is now the Sahara Desert demonstrates how climatic shifts can trigger truly awesome changes in the dominant kinds of vegetation.
We know of no certain threshold at which such a shift would certainly occur, however, if temperatures edge up towards three degrees average global increase then the collapse of the Amazon rain-forest into much drier ecosystem become far more likely. If this happens, a vast quantity of carbon dioxide would be released into our atmosphere: there are billions of tonnes of carbon locked into the living fabric of the Amazon rain-forests and the release of even a fraction of that would add considerable further impetus to the process of global warming.
It’s not only in the topics that these emissions feedback's could be stimulated on large scale. There is grave cause for concern in the Polar Regions, partly because of the melting permafrost: Across large swats of Siberia and North America, in particular, there is vast territory of frozen land in which bubbles of methane have been locked tight for many centuries. As the global thermostat has been edged upwards, the line of melting has traveled progressively further north. 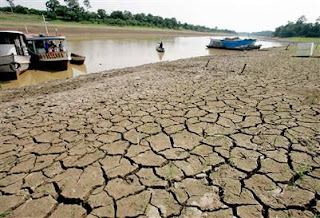 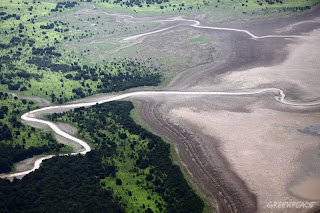